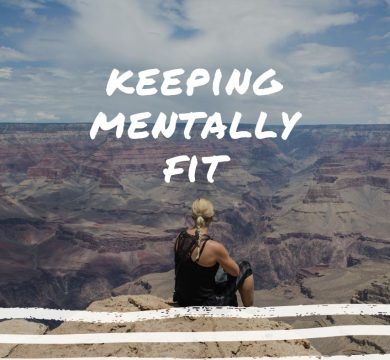 I absolutely love Yoga, not that I’m particularly good at it but since Year 11 in high school I’ve practiced it in different class settings for various periods of time. I always knew I wanted to try a pre-natal yoga class when I was pregnant and I loved it so much I returned to a class when my baby was about 3 months old.

We had all introduced ourselves and babies at the beginning of the class and I included that I was a step mum to three boys. On this particular day I was feeling quite stressed, having just had an indirect confrontation with the boys mum via my Husband. It was nothing major just a rude reminder that as a step mum I have very little say in parenting decisions, especially when it came to schooling. Logically I understand why this is however my love of the boys and the parenting ‘duties’ I undertake when they are in our care cause my emotions to react differently.

All of this emotional and mental self talk was going on in my head as I entered the class and continued on for quite some time. At the end of the class my instructor asked me if everything was okay as she had noticed I wasn’t quite myself. I became teary (as is a common emotional reaction for me) and explained I was mentally exhausted today. I added that I felt I had gotten nothing from today’s class and not sure why I came.

However my instructor’s voice of reason stuck with me and became the inspiration for this post. She described the analogy of training for a competitive sport, which as a side note many professional athletes include mental health ‘training’ in various forms as part of their preparation. She stated that an athlete doesn’t train at 100% of their best at every single training session, that doesn’t mean they don’t train. She also went onto say, as I have heard before, that we wouldn’t expect to win a sport, or even participate in it, had we not attended some sort of training. So why do we so often expect our mind to have the strength and be able to keep up with the extraordinary amount of stress life places on it without undertaking some form of training?

Being a step mum has been one, if not the biggest, challenge in my life so far. I think when I first met my step children I began to run a marathon with no prior training or knowledge of the route that it would take me on. Although at this session of yoga I felt I got very little out of it, still taking the class and the cumulative effect it has had on my mental health has been positive. No one else in my family is the step mum, or mum, and therefore I don’t expect anyone else to do the ‘training’ that my mind needs to function healthily. I still feel incredibly stressed at times, as this post alludes to. However I strongly believe that prioritising activities which ease my mental load and help me deal with the challenges that I face has made a significant, postive, difference in how I be a step mum.

About the Author: Sydney Ferguson* might be a pseudonym however the experiences she shares are true. A mum to a four month old boy, step mum to three boys aged 6, 10, 12, wife, daughter, sister and aunty who resides in Australia. Her house always has country music playing in the background and you can find Sydney most days working with the horses, gardening or practicing yoga. Blessed with one dog, two horses and multiple chickens and birds, she is not only a human mum but also a fur mumma too and loves both of these roles. The aim of her sharing her experiences is to connect step mums and provide a safe place for discussion on the unique, confronting and sometimes humorous challenges faced in this role. You can find her sharing her experiences at fb.me/mystepmumjourney or guest writing for numerous mum blogs nationally and internationally. Connect with Sydney through @mystepmumjourney and through  mystepmumjourney@outlook.com